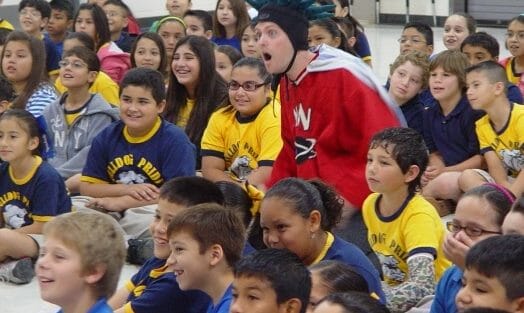 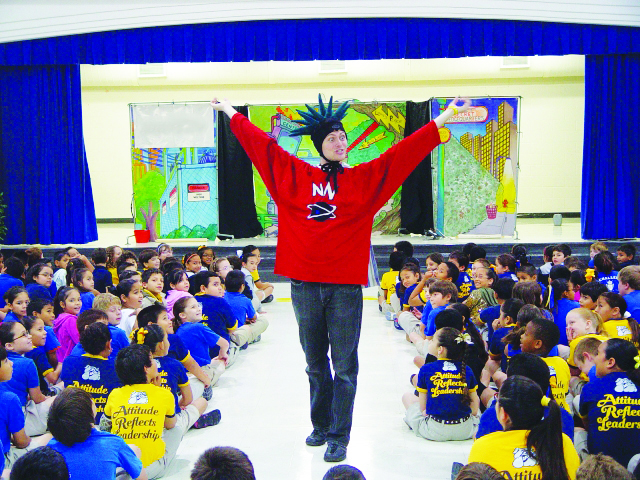 The Agents of Safety had one goal Tuesday, Sept. 26, afternoon — teach Kimberly Elementary School students the importance of playing it safe around electricity.

Two actors from the National Theatre for Children portrayed various characters during two 20-minute performances which put a spotlight on four subjects — how electricity is made; the uses of electricity; how to identify a dangerous electric situation; and how to be safe around electricity.

Working with children is a highlight for the duo who are fueled by audience participation and energy.

“Children make amazing audiences and they respond to the material we have really well,” said Kearns.

“Especially with the scroll and props,” added Philippi. “It’s nice to have an audience that is actively excited to see the show.”

Due to Kimberly’s bell schedule on Tuesday, the assembly reached only fourth- and fifth-graders and transitional kindergarteners and kindergarteners, Osmond said.

In addition to the free performances, each attendee received a workbook to take home courtesy of the electric company. 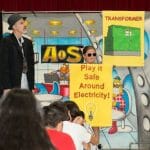