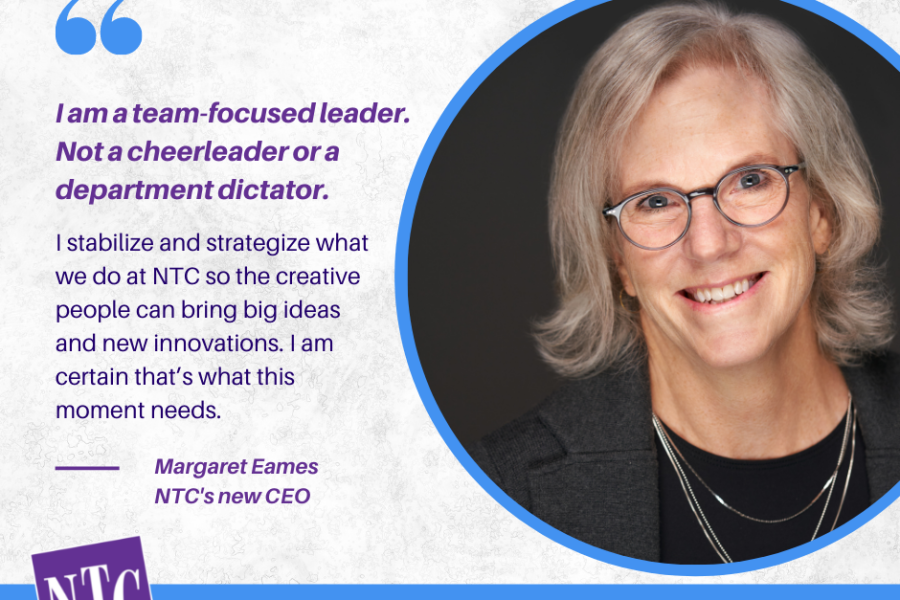 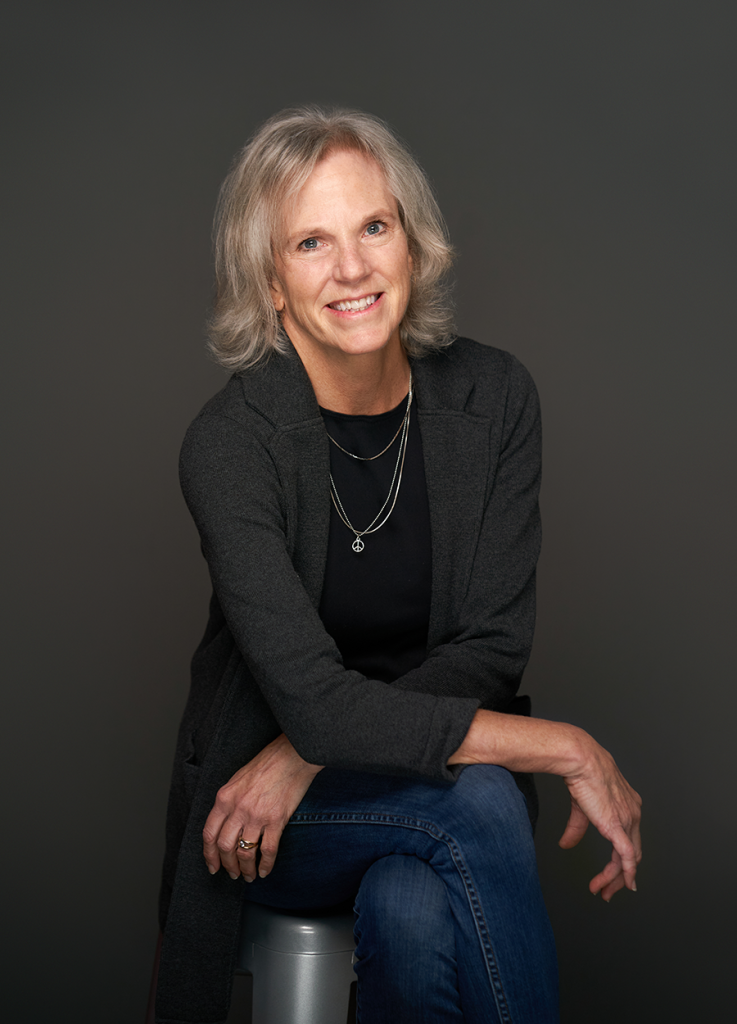 On September 1, 2021, Margaret Eames was named CEO of The National Theatre for Children and NTC Corporate. Elevating through the company from Accounts Payable to Design Coordinator to Chief Financial Officer, she brings with her decades of practice in providing structure to creative individuals and their endeavors and forming policies and procedures that support growth, innovation and stability to the company as a whole.

Some might consider an ongoing pandemic and the retirement of the company’s founder, Ward Eames, to be a precarious time to step into the leadership role, but Margaret is unafraid to be driving NTC’s next chapter. “I am a team-focused leader. Not a cheerleader or a department dictator. I make decisions clearly but it will always be informed by feedback. I am certain that’s what this moment needs.”

When we got to discussing what it meant to be replacing someone who’s held the position for 43 years, Ward, her gregarious husband and colleague, she’s ready. “With Ward being out front all these years as the visionary, we do have a longstanding joke: He may be front and center – but I’ve been feeding him the lines.”

Margaret shared laughs and stories when we sat down to discuss her path to CEO, what being a woman leader means to her and what’s next for the national premium education provider, NTC.

Many of us know you as the CFO and grounding force of NTC, but many may not know about how you landed in that role. Tell us about life before NTC.

Margaret: It’s a history of working behind the scenes. I didn’t go the four-year degree route – I took the work experience route. I had a few years at the Minnesota School of Business and a bit with Minneapolis Community College, but I started a family and didn’t get to finish my degree, like many women.

But in my work experience, it all led me to this moment. It’s funny actually; I’ve always gone back and forth between accounting work and creative work. During high school, I worked at the corporate offices of a major food retailer creating the type for the weekly newspaper print ads. I then started working full time in their accounting department.  While attending business school, I worked as an accounting assistant in a graphic arts studio. After a very brief career in a law office, the studio asked me to join them as a typesetter and proofreader. I then worked with the creative arm of a marketing promotion agency and found myself in the role of project coordinator. Soon I was connected to all the account managers and was the liaison between creative and sales.  When the video production area of that company, U.S. Studios, was formed in the mid-80s, I came in to assist the accounting department. Ward ran that company.

So that’s where it began. From there, you had a break from working in an office to focus on starting your family. Ward had already founded Small Change Original Theatre back in 1978, but wouldn’t return there full-time until 1990.  (Ward is also Margaret’s husband of 37 years.)

Note: Small Change became NTC later in the 90s and not officially until early 2000s. 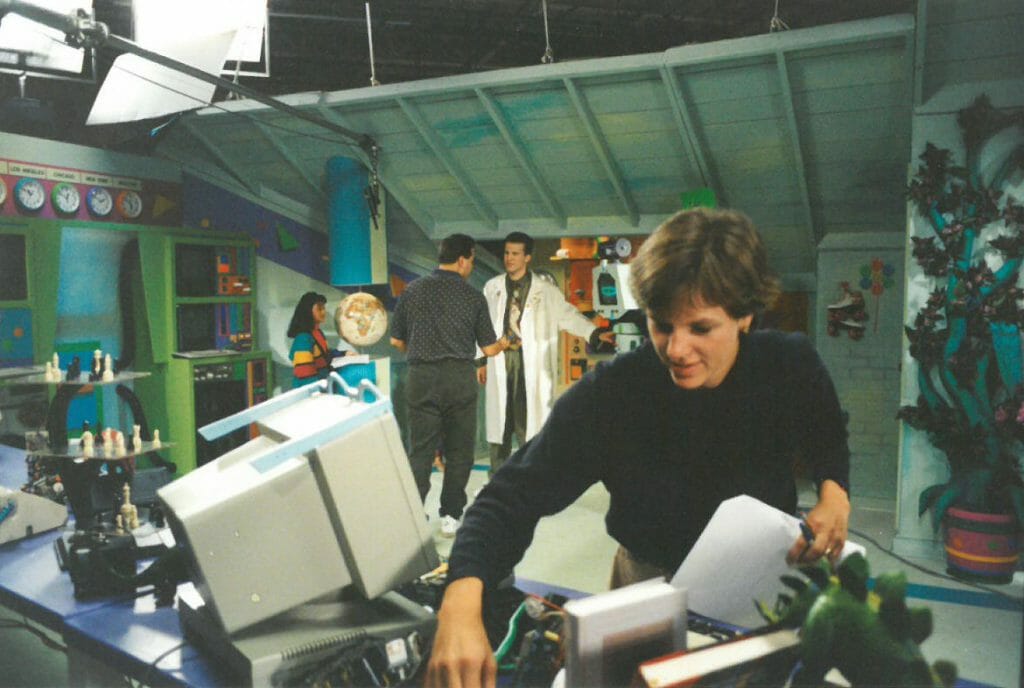 Margaret working behind the scenes during Kidz News in 1993

M: Right. I joined Small Change in 1992. Again, back to accounting! As the company started to grow and started to need print work, I coordinated all of that. Print buying, distribution, freelance hiring, proofreading, all of that until 2015. I was doing all of what I do now – plus of all the print work! It was a lot, but I really loved being part of the creation of many of our main characters that we know and love today. There was a collective of us who could all approve things and that’s how I like to work most. I played all the student games first to make sure they worked, I watched all the shows, I proofed the curriculum – I was the one to make sure that what we were doing always worked before sending it off to schools or clients.

You checked if the crossword puzzles really lined up with the ed point words!

M: Exactly! Played the games too!

So really, professionally, you’ve been providing structure for creative people for decades.

M: Yes, I’m not the visionary or the one giving a curtain speech – but I stabilize and strategize what we do at NTC so the creative people can bring the big ideas and new innovations. I’m a team-player. I really believe that leading with strong roots and a stable core will give us the longevity to grow as uniquely as we always have.

Having seen the full journey from Small Change to NTC, even through a pandemic, what do you see as the enduring core the company?

M: Live theatre in schools. IN. SCHOOLS. What we do is so powerful because it’s live and because we have two actors portraying all kinds of characters, it shows our audience of K-5 graders that they can truly be anyone. It’s inspiring. Our ability to provide theatre anywhere across the country at scale is also at the heart of what we do. It’s not about one school getting to experience the arts, it’s about entire regions getting to share a memorable experience. You know, for many of our audience participants, there’s no exposure to theatre at all.

I’ve seen it happen that we hire actors who tell us, “You came to my school when I was little. I saw this. You’re why I got into theatre.” To me, that’s it.

On the flip side to that last question, what’s the biggest change you’ve seen for NTC?

M: Technology. We started this company at the beginning of the internet with paper and phone calls. Now we utilize a CRM system, host multiple websites, have booking portals for teachers and actors can virtually audition. Technology has expedited our work and ability to connect. I remember the days of rifling through the mail to see date stamps on the envelope to determine which school was going to get the last available spot of a tour. Can you imagine that now?

Our audiences today would never believe that story. Looking at the next chapter, what do you want for NTC?

M: Success. I want potential clients to really understand the power of what we do. And they don’t. People don’t understand the power of our level of student engagement until they see it—that’s why we have such long relationships with our clients. So that remains a challenge to meet.  I also want NTC to really remain unique…and that’s hard when you’re dealing with a culture that wants the cookie cutter, the easiest, the cheapest, the obvious and the least complicated. But if a company’s goal is to make a lasting impact, we are the answer.

Shifting leadership after 43 years of operations certainly comes with opportunities for change. Given your close work at the executive level the last 20 years, you are more aligned than anyone to the direction and intent of NTC. What kind of changes will we see at NTC under your leadership?

M: I’m looking forward to my opinions being met with action and being considered more seriously. When you’ve got a partner who’s the visionary joined with a personality like mine, I’ve acquiesced often – until it comes down to what I provide, which is structure. When you get to a certain size company, you can’t just go off and do what you want and how you want to – there has to be a policy adjustment, a thought for establishing a precedent, and a consideration of big picture stability. That’s what I’ve always provided and will continue to maintain.

As NTC transitions to a Women’s Business Enterprise under your leadership, what resonates with you as a woman and a leader stepping into the CEO position?

M: Luckily, I’ve been at NTC so long that I haven’t experienced this personally, but I know that in many organizations, women aren’t met with respect and given decision-making power. I’ve witnessed professional discussions where there’s a reticence to admit there’s a woman at the top. But that’s not us.

I remember fresh out of business school working at a law firm where there wasn’t even one female lawyer yet. The men were the lawyers and the women were the support staff. The man I was reporting to tried to pit me against another colleague when I was assigned a large project and declined overtime to complete it. He pointed at her and said, “She gets her work done in 8 hours.” And I said right back to him, “Then why don’t you have her do it?” I won’t be belittled. I have just never been willing to play those games and am proud to lead a company where no one else has to either. 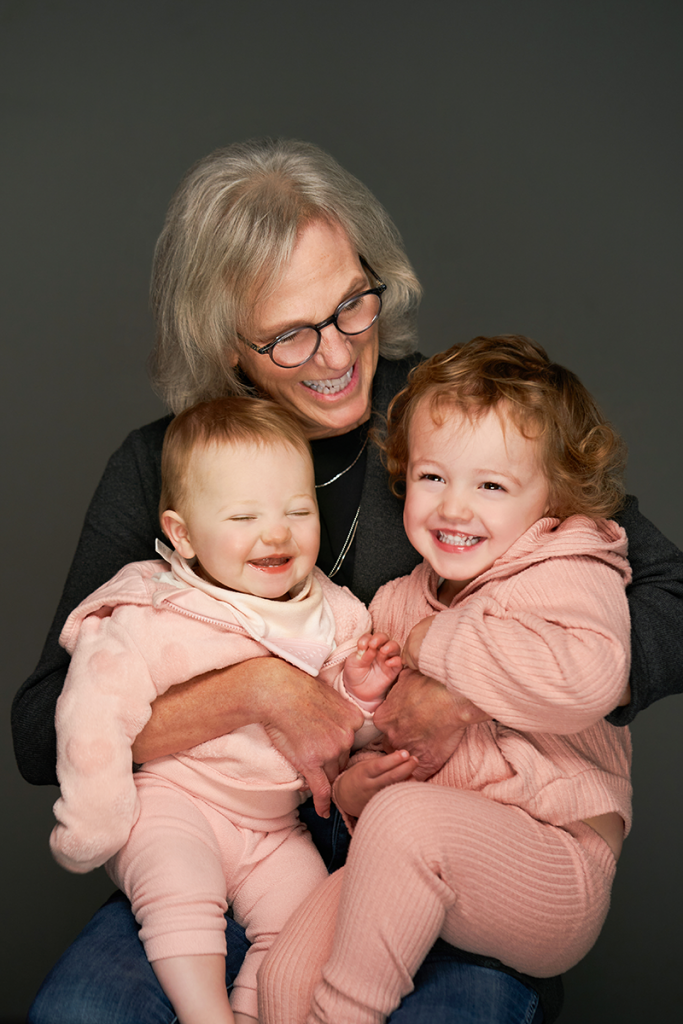 We’ve always had women in leadership roles at NTC, and still do. That’s key to what we do and how we do it.

M: Back in schools. We’ve got to get back to where we have the biggest impact on behalf of our clients.

Your favorite thing about being a female leader is…

M: Being in an environment that respects that without batting an eye. Also, I’m happy my granddaughters get to see it. 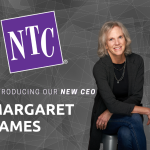 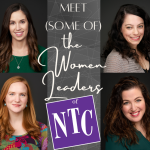 Meet (some of) the women who are defining leadership at NTC